Mckinsey: your FB posts are immature, we can’t hire you

June 2016, then former Florida assistant state attorney, Ken Lewis, was relieved of his job for violating workplace social media policies after posting controversial comments on Facebook about the tragic Pulse Nightclub shooting. In this day and age, many employers go to your FB, twitter, and other social media accounts before they even decide whether or not to give you an interview spot, and there obviously hasn’t been a lack of examples of companies firing its key employees because of a bad social media post.

So let’s do a thought experiment here. Consider yourself as a Mckinsey recruiter in the New York office and you are considering hiring one of the following three candidates. All three candidates performed pretty decently in the final round interview and now you’re deciding which one you want to hire. You go on to the twitter accounts of all three of these candidates and see the following tweets.

Tweet from candidate A: Taylor swift is so out of Calvin Harris’ league. I’m not even sure why they are dating.

Tweet from candidate B: Just spent the past four hours reading the Harvard Business Review. It is so interesting to see how much Nike improved its bottom line by simply shifting its manufacturing plants from China to Vietnam. #HBR

Tweet from candidate C: The vast majority of my working hours this week has been spent on thinking about how drunk I’m going to be during our house party this Friday.

Obviously if you are the Mckinsey recruiter, you want to hire candidate B. Sure, he might be faking his hobby of reading the Harvard Business Review, but you know for sure that the other two are not, and “not” in a bad way.

How bad is it?

So exactly how often does a recruiter go through your social media accounts, Twitter, FB and Linkedin to gauge whether or not they are going to hire you. Perhaps some firms do. Perhaps some don’t. What we can tell you for sure is that they check your social media more often than you think. Even if they don’t check, do you want to take that risk?

With the explosion of the amount of information that people can know about you through social media, everything you say in and out of the workday will be gauged, assessed and scrutinized. The evaluation process for your promotion is not only one time now but a continuous process, and branding yourself correctly in social media is critical in this day and age.

Everything that you tweet, every photo and comment in your FB, every event that you invite your friends to, every page that you like, all your backgrounds and interests and recommendation in your Linkedin profile, are constantly being shared on the Internet, spread between your colleagues and constantly being scrutinized upon.

So what should you do to brand yourself correctly in the social media era?

Obviously everyone has his or her own methods, but here we give you some general advice to think about.

Number one, think again before you send.

As humans, we are not only emotional, but also prisoners of the moment. Things that have happened most recently within the past hours or days can pique our emotions to the point where we want to post or vent about it. But if you really take a look at the things that you’ve vented about weeks or months before, would you have still said the things that you said? Or would you have said something different, perhaps less aggressive, and more intelligent, or perhaps would have said nothing at all?

Number two, to some extent, limit the amount of things that you post.

How often do you see Bill Gates, Jeff Bezos, Warren Buffet, or Amancio Ortega post about their every thought? Not so often.

So if you are an avid social media contributor, perhaps limiting the amount that you contribute is not a bad idea. Before you post everything, perhaps try to set a schedule on how often you want to share your life to other people. Perhaps it doesn’t need to be every day, or every two days. Perhaps every week or every few weeks is just fine.

But don’t completely zone out of social media either. In this day and age, you also need to stay present in social media to let everyone know what your next idea is in your career, in your life, so that other people can know of what you are thinking, what you are doing and help you accordingly.

So these are just some suggestions that we can give you to better present yourself and brand yourself in social media for both getting into consulting or any job and thriving in today’s complicated workforce. 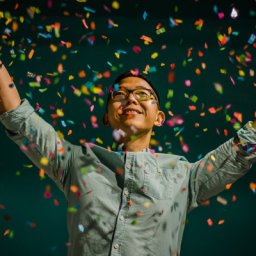 Difference In Perceptions About MBB

McKinsey, BCG and Bain, also known as MBB, are universally recognized as the top three consulting firms in the world…. 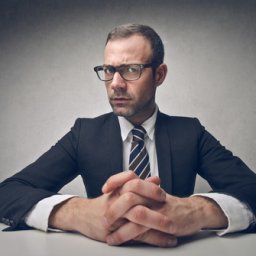 How to react when the interviewer challenges your recommendation?

Candidate: Based on our analysis of the data at hand, it seems like that our clothing retail store in New… 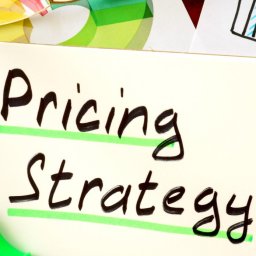 Interviewer: You are Uber launching in a new market in New Zealand, how will your price Uber rides? This is… 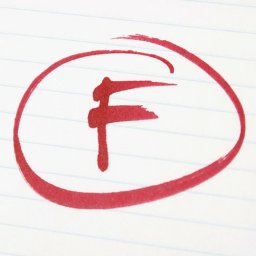 According to ScoreCard, your resume was rejected

Mckinsey Recruiter: Your resume scored 70 out of 100 points, way below our resume cutoff of 90 points for a…

(from Case Interview Experts and ex-BCG, ex-Bain consultants)
Hi, my name is Jackie Zhao, a case interview expert. As a candidate, I passed 15 out of 16 case interviews and landed 5 consulting jobs offers in BCG, Deloitte S&O, Roland Berger, etc. Here at CasePrep Master, our group of case interview experts and ex-BCG, ex-Bain consultants have helped hundreds of aspiring candidates get offers from top firms like Mckinsey, BCG and Bain.
Subscribe below and get exclusive consulting articles, 3 hours of free case interview training videos and join thousands of other subscribers on an expressway to an offer.
Click Here For Free Resources