What is a case interview?

Home Consulting Inside Out What is a case interview? 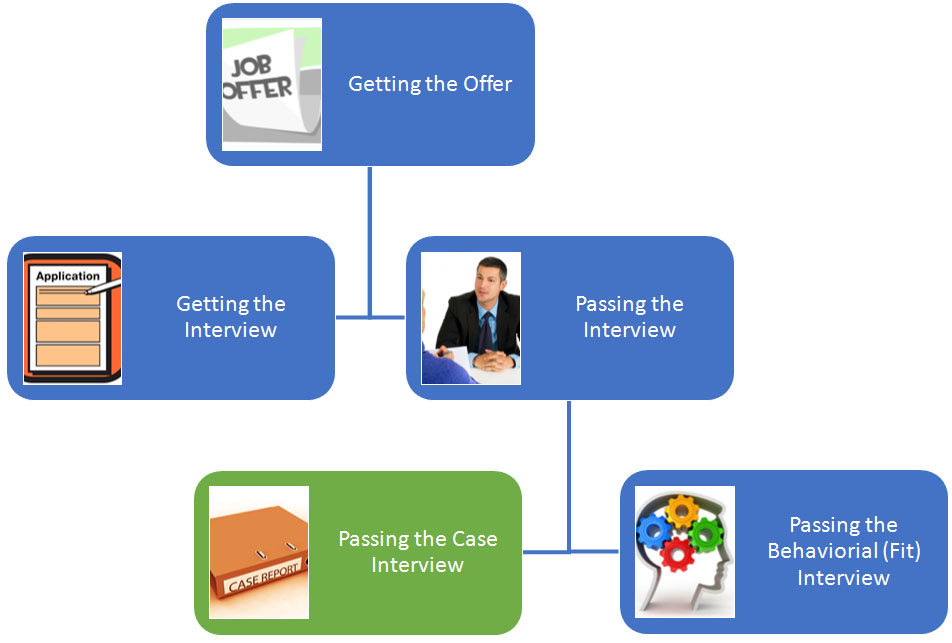 There are two types of case interviews, the interviewer-led case, and the candidate-led case 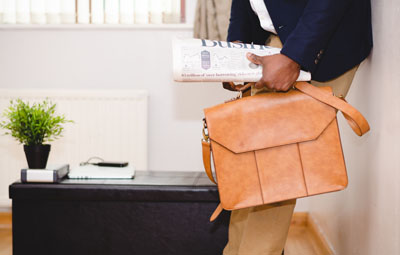 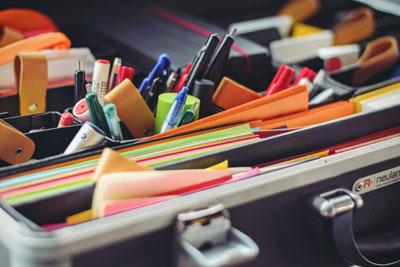 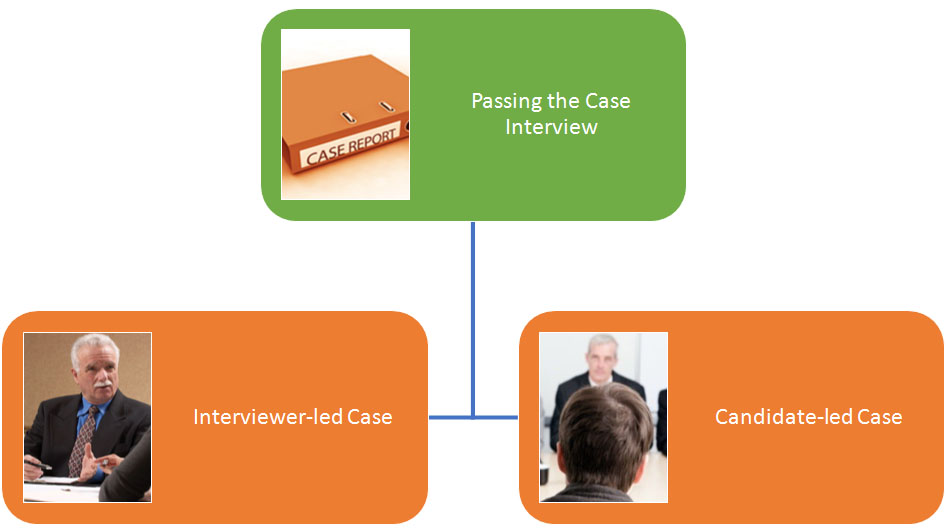 Firms who employ this type of case interview

In a candidate-led case, the interviewer presents you with a problem, and then lets you drive the case and find out what the key issue behind the problem is. As a candidate, you need to actively ask the interviewer for information, for data, and actively propose your own hypotheses of the underlying problem to be able to solve the case. Don’t expect to be handed important data that leads to solving the case if you don’t ask for it.

Firms who employ this type of case interview

So what exactly are the differences between the two types of case interviews? Read the following transcript and watch the same case given in the two different case formats.

Interviewer: A boba shop company has 4 stores in the Stanford area, 3 stores are around the campus and a 4th store opened this year on campus near the student center. In previous years, the company has been experiencing a net positive profit but this year the profit has significantly declined. The owner has come to you to ask why? 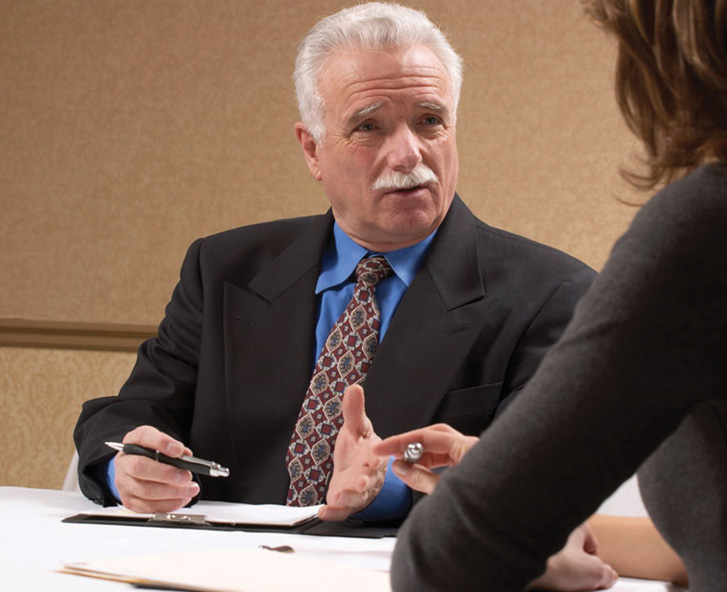 So the first question I want to ask is, what factors would you consider to determine why has the profit declined? 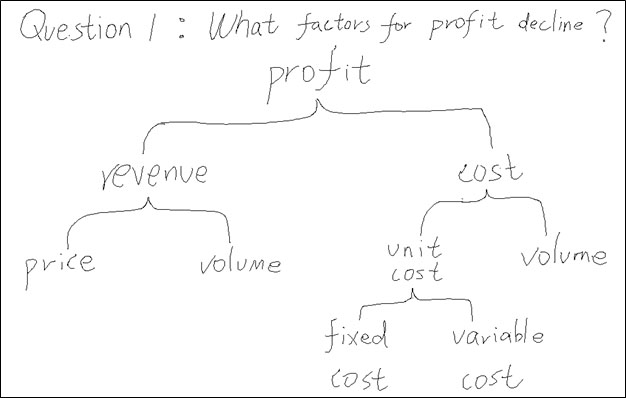 To tackle this problem, I would like to look at two major factors, and under them, four minor factors. We know that profit is revenue minus cost, so I would definitely want to look at the trends with both revenue and cost to find the underlying problem. Within revenue, we know that revenue is the number of cups of boba that we sell multiplied by the price that we charge per cup. On the cost side, the cost per unit of boba that we sell can be further segmented into the variable cost of producing the boba as well as the fixed cost of rent, labor and etc. So to summarize, I would definitely want to look at the two major areas, revenue and cost as well as the four minor areas, price, volume, fixed and variable cost per unit to further tackle the problem.

That sounds like reasonable factors to consider. Actually, the owner believes that the core problem stems from the cost and more specifically the labor cost associated with the new boba shop that opened on campus. The owner found that to get the same quality of workers in the boba shop on campus, he needs to pay an hourly wage that is 50% more than what he pays to the workers in the shops off-campus. Given this information, what are some ways that you can think of to reduce the labor cost for the owner in order to achieve profitability?

There are two ways I can think of to reduce labor cost and increase profitability. One is to reduce labor costs with the current workers in the shop and the second one is to try to hire cheaper labor off-campus and placing them in the on-campus shop. To elaborate, for the first method, I want to explore if we are hiring the workers in the hours of operation that actually drive revenue. If in certain hours of operation, there are really no people that buy boba, then we can stop hiring the workers in those hours, thereby reducing cost and increasing profitability. For the second method, my idea is to explore if we are able to hire the cheaper workers from off-campus to work in our on-campus shops. If we are able to do that, we don’t have to pay for the 50% extra hourly wage and we can reduce cost. 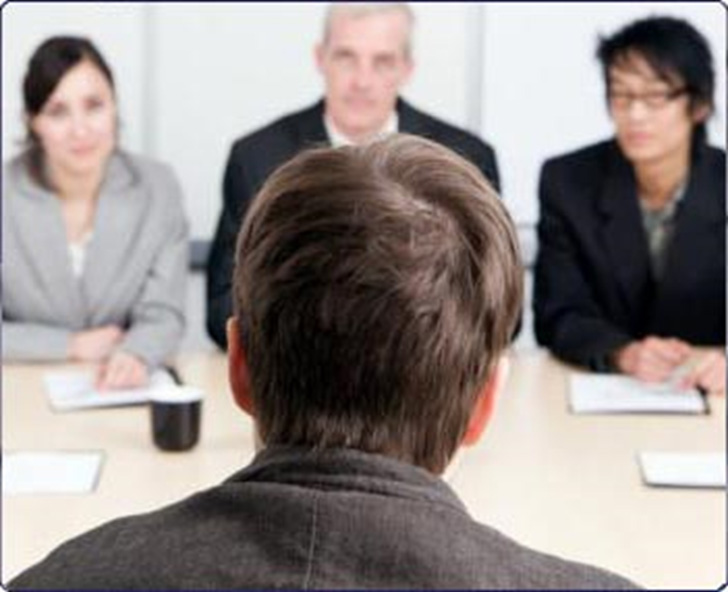 Revenue actually has remained the same, with both price and volume sold being the same. 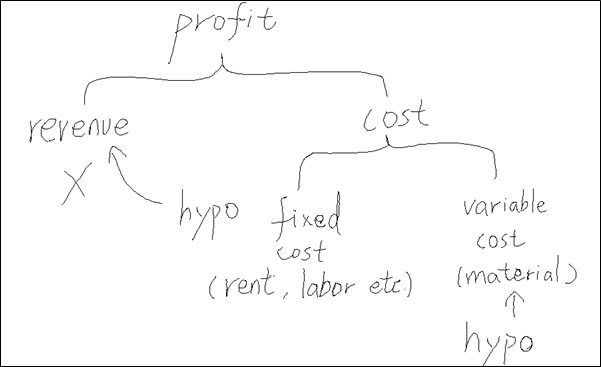 Sure actually on the contrary, the material cost and variable cost related to producing each cup of Boba has remained the same. But the fixed cost and more importantly the labor cost related to the business has increased. The owner found that to hire the same quality of workers to work in the on campus shop, he needs to pay an hourly wage that is 50% more than what he would pay for workers in the off-campus shops.

Oh okay, that is very interesting. So it seems like that because of an increase in the hourly wage of our workers hired on campus, it has increased our overall cost and decreased the profit. So in order to explore how to turn our business around and reach our original level of profitability, I would like to explore possibilities of decreasing our labor cost.

Sure, sounds good. How would you decrease the labor cost of your client’s business?

Notice that in the end, regardless of the case interview format, the candidate got to the same place and had to answer the same questions, Why did profit decline and how to reduce labor cost to turn it around.

Even so, the procedure of getting to that point is quite different for the two types of case formats. Notice again what is highlighted in bold, and who was the one to ask the key questions to drive the case forward.

Want to know more about case interviews and how to ace the case?

Subscribe below and get exclusive consulting articles, 3 hours of free case interview tips and join thousands of other subscribers on an expressway to an offer.

To receive the best coaching on solving both interviewer-led and candidate-led cases, take a look at our “Ace The Case” program.

(from Case Interview Experts and ex-BCG, ex-Bain consultants)
Hi, my name is Jackie Zhao, a case interview expert. As a candidate, I passed 15 out of 16 case interviews and landed 5 consulting jobs offers in BCG, Deloitte S&O, Roland Berger, etc. Here at CasePrep Master, our group of case interview experts and ex-BCG, ex-Bain consultants have helped hundreds of aspiring candidates get offers from top firms like Mckinsey, BCG and Bain.
Subscribe below and get exclusive consulting articles, 3 hours of free case interview training videos and join thousands of other subscribers on an expressway to an offer.
Click Here For Free Resources